Winter Olympics appearances are the burning ambition for Niall Treacy

SPEED demon Niall Treacy says his European Youth Olympic Winter Festival memories are fuelling his pursuit of following in his brother’s footsteps at the senior Games next year.

Short track speed skating star Treacy, who hails from Henley-in-Arden, was the Great British captain and flag-bearer at the 2017 version of the prestigious competition in Erzurum, Turkey.

His older brother Farrell, 25, is also a star of the Winter Olympic world having competed at the Games for Team GB in PyeongChang three years ago.

Niall has a great shot of qualifying for Beijing 2022 and, with one year to go, admits his Turkish experiences have whetted his appetite for getting a taste of the big time himself.

The 20-year-old, who trains at the National Ice Centre in Nottingham and whose other brother Ethan, 22, is also a short track speed skater, said: “The European Youth Olympic Winter Festival was really cool.

“It was class to be in a multi-sport competition and to have an actual team village and mix with other athletes from different sports.

“People from sports like snowboarding and skiing – I’d never met people like that – so it was class to meet people in that environment.

“You learn so much from having Farrell and Ethan around as they’ve done a lot of the stuff before you. You learn a lot from them and they’re somebody to chase.

“Heading into next season, I want to get selected for the Olympic qualifiers and then hopefully I can qualify for a spot for the Olympics and represent Great Britain next year.

“If I keep progressing and keep racing smart and training smart, then I don’t see why not. Ever since I started when I was eight, I just thought I wanted to go so badly. 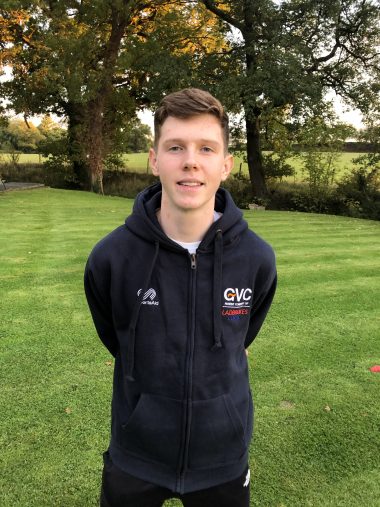 “The last three years since PyeongChang have gone so quickly and it’s the ultimate dream.”

Niall’s career on the ice is financially supported by a partnership between Entain – owner of Ladbrokes and Coral – and SportsAid, set up in 2019 and part of the company’s innovative Pitching In initiative.

The sustained support helps him access funding for training, travel, equipment and mentoring as he ramps up preparations for the senior World Championships in Dordrecht, Holland, between March 5-7.

Niall was due to compete at the European Championships in Gdansk, Poland, in January but the pandemic prevented the British team from travelling.

That marked a setback for the 500m specialist but Niall, who moved to Nottingham in 2018, continues to learn from the likes of Elise Christie on the Speed Skating Performance Programme.

The Treacy brothers live and breathe winter sports and Niall, whose parents Catherine and Edward are still based in Henley, knows emulating Farrell’s exploits in China would cap a memorable family journey.

The Winter Olympics are scheduled for Milan Cortina, Italy, in 2026 and he admits qualifying for multiple Games would be beyond his wildest dreams.

“I want to hopefully go to Beijing, gain the experience and do the best I can,” added Niall, who studied his A-levels at Alcester Grammar School.

“And then the next Olympics after that in 2026 would be the big one that you aim to look to perform at.

“Obviously anything can happen going into the future, but I want to try and stay in the sport for as long as possible.

“To go to 2030, that would be an achievement. Anybody who’s done an Olympic Games, that’s an achievement, but to go and do something like three would be incredible.”

Entain, owner of Ladbrokes and Coral, is proud to be championing the next generation of British sporting heroes by providing talented young athletes with financial support and personal development opportunities in partnership with SportsAid.

As part of this three-year partnership, Entain are supporting a diverse group of 50 UK athletes per year from a variety of spots and para-sports. Visit entaingroup.com to find out more.