Pararower Buttrick and paraswimmer Tai presented the club with the winner’s plaque to the adaptive section last Thursday. 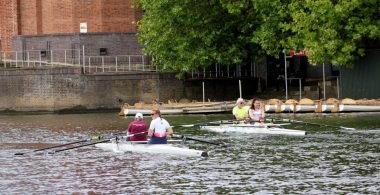 Ellen and Alice out on the water.

“We are very grateful for this accolade and winning Parasport Club of the Year has been a great morale booster for the adaptive athletes,” said Mark Dewdney, Stratford Boat Club’s head adaptive coach. 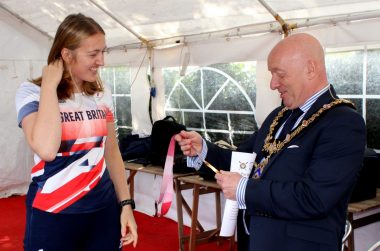 “To have the winner’s plaque presented by such inspirational Paralympian athletes as Ellen and Alice was the crowning glory.”

Paul Stanton, club president, said, “To have our adaptive section recognised with this award and have so many guests see and understand what it takes to get adaptive athletes safely onto the water is a great honour.