Hat-trick of medals for inspired Jones

Jones won two events and finished second in another as more than 500 athletes from 46 nations took part in the challenge between mid-August and early November.

Jones entered the 100m, 800m and 1,500m races and was able to submit times from actual races he had competed in at Leamington and Nuneaton in August and October.

In the 100m he was placed second, being beaten by a Costa Rican runner. This was Jones’ first 100m race for six years and he recorded a club record time of 17.18 seconds.

He then won the 800m event as he reversed the positions of the 100m by beating the same Costa Rican. His time of 2:48.08 was also a club record.

FAMOUS motorsport venue Oulton Park played host to the Grand Prix Marathon which offered athletes a unique opportunity to compete in anything from a 5km, 10km, half marathon, 16-mile, 20-mile or full marathon and enjoy the thrill of running a brand new course on a smooth traffic-free tarmac motor racing circuit. 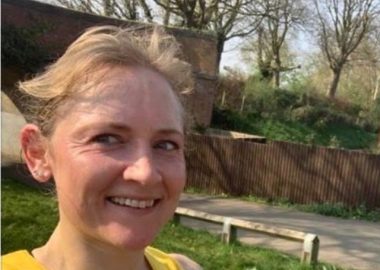 Bexson was the fifth female to finish and won her age category comfortably by more than 30 minutes.

Her time of 3:30.38 was a couple of minutes quicker than her time in the Malaga Marathon exactly two years ago.