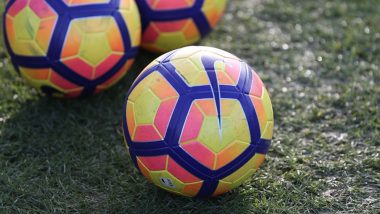 A STARTING date of August 7 or August 14 for the 2021/22 season is being considered by the Trident Leagues – offering Evesham United and Stratford Town a rough outline of when to expect a return to competitive action.

The duo’s 2020/21 season was officially brought to an early close last week, following a Football Association announcement which confirmed Steps Three to Six of the non-League ladder would be curtailed with immediate effect.

It was an outcome which had always seemed likely, considering most clubs had been out of league action since the end of October and provided the long-awaited confirmation that had been sought for fans, managers and players to begin looking forward with eager anticipation to the new campaign.

Unsurprisingly then, football leagues at various levels of the pyramid are already putting plans in place to ensure a full programme of fixtures can be completed for the first time since the 2018/19 season.

The proposal from the Trident Leagues – which consists of the Isthmian, Northern Premier and Southern Leagues – provides a real boost for hopes of an uninterrupted season.

There could yet be football for the Robins and Town in the spring months, with the Southern League currently debating whether to host a cup competition in April and May – a proposal the Isthmian and Northern Premier Leagues have both spoken out against.