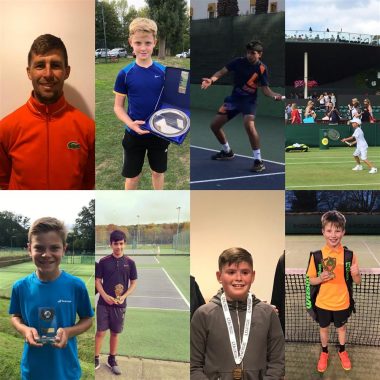 Warwickshire’s 14 and Under team.

THE INAUGURAL Jimmy Hill Legacy Award has been handed to a Warwickshire boys tennis team for their role in raising funds for the NHS during the lockdown period.

The Warwickshire 14 and Under Boys’ County Cup tennis squad accumulated over £2,500 in total after completing a virtual team run that spanned over 170 miles in all – helping fill the void left by the cancellation of the national Inter-County Cup Championship they were due to defend in May.

And with their efforts recognised by nurses from the Rise Mental Health Service and Coventry City Football Club – who founded the award in honour of their late former player and much-loved pundit – the Warwickshire team came out on top of around 500 other nominees to scoop the first edition of the award.

It was the idea of nationally-ranked player Ferran Redza, 13 years of age, to launch a fundraising effort for NHS charities to turn a bad situation into a positive one, convincing teammates Yash Bhalkar, Connor Checketts, Daniel Garthwaite, Sukhraj Malhi, Ollie Roe, Samuel Sitch and Luca Vladau – in addition to captain Simon Ferguson and Warwickshire coach Lianne Candappa – to join him in the virtual run. 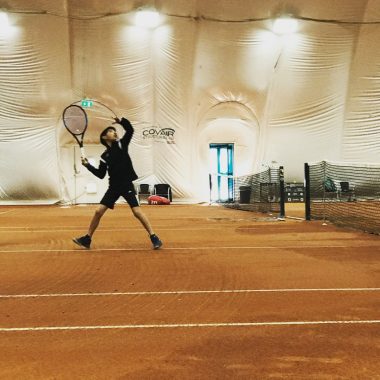 Ferran Redza, pictured in action, was the driving force behind the fundraiser.

Spanning over two weekends, the squad of ten participants smashed their initial target of £500 and went some way beyond that at the beginning of the summer, justifying their successful nomination for the award.

Delivering the award – via the means of a Zoom ceremony – was Sky Blues legend David Busst, who now runs the club’s official charity Sky Blues in the Community.

The squad were also paid tribute to by senior nurse and #ThanksKids Awards co-founder Nicola Evans, who lauded the dedication of the team for their charitable cause.

“You are proof of how we can achieve great things together,” she said.

“You are all so awesome and inspiring – I loved how you encouraged everyone to join in.”

Those sentiments were echoed by Warwickshire LTA chairman Sherrie Meaking, who added: “This award is richly deserved, we all found it inspirational to see them announced as the winners alongside so many other generous and thoughtful young people.

“It was really disappointing for them when the Inter-County Cup event was cancelled together with so many other major competitions but I know this has also helped to bind them together as a team and set a great example to players throughout the county.

“We have some outstanding prospects among our juniors and we only hope that they will be back on court and playing matches very soon.”