A YOUNG musician has left a legacy in song of his fight against a rare-form of cancer.

Matt Bates was diagnosed with kidney cancer in 2014 and this week saw the release of his album ‘Fightback’ chronicling his two year battle with the illness.

The former journalist, who started his promising career with The Observer before a brief spell with the Stratford Herald, never gave up his fight against the disease but sadly passed away in Myton Hospice on Friday afternoon (October 28).

But the 27 year-old, who married his long-time girlfriend Gemma the day before he died, said he hoped the 13-track album would prove a lasting legacy and have a positive impact on those who heard it.

Matt, from Whitnash, said: “Having the album come out now is such a brilliant thing for me and my family.

“I know I won’t be around forever but my music will be and that means a lot. It leaves something behind for my family to cherish too which is great. I’ve been determined to love life and live positively since my diagnosis and I hope that comes across in Fightback.

“These obviously aren’t the circumstances in which I wanted to release the album but if it can give people a smile and a lift in life then that’s good enough for me.”

Matt, who recorded the album in his Dad’s studio, had been playing guitar for over ten years but only discovered his talent for songwriting after his diagnosis. He even featured as part of a songwriting workshop on BBC Radio Four earlier this year.

Artistic talent runs through the Bates household – sister Sarah is an artist, and mum and dad Louise and Bill have been playing music in folk bands for many years.

Dad Bill said: “I’m very proud of him. The songs on the album meant a lot to him. It documents his experience and his songwriting brings out what he had been going through.”

Throughout his treatment, Matt documented his experiences in an open and honest personal online blog, keeping family and friends up-to-date with his journey.

After he was diagnosed, Matt, alongside his family and friends, worked tirelessly to raise money for his treatment – a drive which brought the whole community together.

‘Fightback’ can be downloaded on iTunes and Amazon, and is also streaming on Spotify. An initial 100 physical copies were also released this week.

Visit www.matt-bates.co.uk to find out more about Matt’s journey and the album. 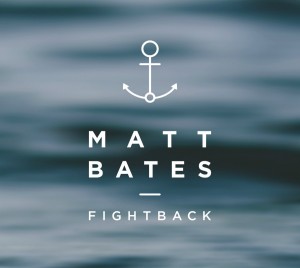