JUSTINE Lynch enjoyed an excellent return to running in a Stratford AC vest by leading the club’s women’s team home in the opening cross-country race of the season.

The first venue involved a long trek to Betley, Stoke, where all the divisions of the men’s Birmingham Leagues and women’s Midlands Leagues competed, making for an excellent atmosphere and very competitive racing involving some of the top athletes in the Midlands.

Stratford were represented with 12 members in the women’s race which took in two laps of the course (total 6.3km / 4miles) in a field of 340 runners. 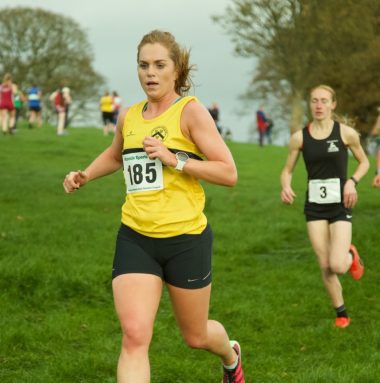 Lynch put on a Stratford vest for the first time since her junior days and after the initial shock of how quick the young guns sprint off from the line she settled into a strong pace and finished in an incredible 51st place (41st) in 26 minutes 17 seconds.

On her senior cross country debut, Jess Sheppard (84th 28:58) led home the B team. Unfortunately, Jess suffered a stitch on the second lap but still found the energy to finish strong.

Another returning face to the cross country scene was Sue Mothersaw (160th 38:28) who thought she had finished with this madness 30 years ago but has already confirmed her intent for the next race in the season.

Matt Burdus-Cook was the first Stratford runner in the men’s fixture, with the the 13-strong team competing over three laps of the course. 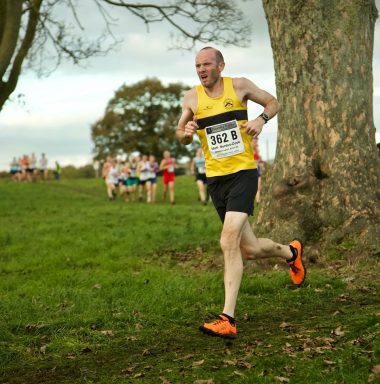 Despite feeling pretty fatigued on the way around, Burdus-Cook finished 16th in 34 mins 10 secs.

Second home was Drew Sambridge (87th, 38.21) and he was followed by three runners who were always close to each other during the race.  Adam Linforth (99th, 38.54), Ben Jordan (101st, 39.04) were both making their cross country debuts and they were encouraged by the reassuring presence of veteran Wayne Vickers (106th, 39.23)

David Wolstencroft (190th, 54.25) brought Stratford home with a strong finish and said afterwards ‘It was really great to savour the buzz and pre and post atmosphere of cross country after a long absence, especially having all the ladies’ and men’s divisions together in one place. There is nothing quite like it!

Despite the best efforts of those who ran the absence of a couple of key runners, the A team finished a disappointing 14th on the day (526pts).