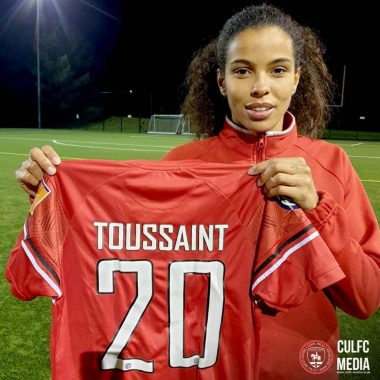 The 32-year-old is the fourth through the door at Butts Park Arena this month. Picture: Jeff Bennett.

The 32-year-old, who arrives from Super League side Birmingham City, returns to the Red and Greens having appeared for the club between 2012 and 2015 – prior to her departure at Oxford United.

From there, Toussaint enjoyed spells at Oxford United, Aston Villa and London Bees before joining Blues last September, but exits after six league appearances at the SportNation.bet Stadium.

In becoming United’s fourth winter signing, Bradford was complimentary of her latest addition.

“Destiny is a great addition and she has plenty of WSL experience,” said the Coventry boss.

“She also brings quality and I’m looking forward to getting her into the match day squad.”

Sunday’s Championship loss at Sheffield United came too soon for Toussaint, but will hope to make her opening bow for the Red and Greens in Sunday’s meeting with Charlton Athletic at Butts Park Arena.

Motorsport UK confirms motorsport will restart in England from March 29

Wasps’ slow starts will be stamped out – Mansfield