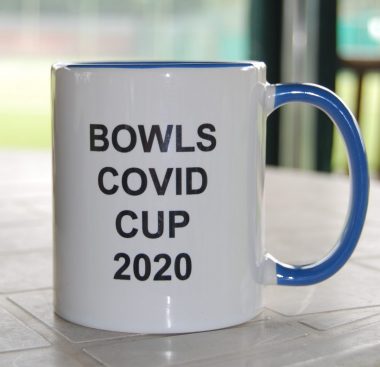 THE FINALS of Warwick Boat Club’s annual internal bowls competitions went down a storm at the start of the month in spite of the COVID-19 pandemic.

While no trophies were handed out as a result, the players that participated retained their usual levels of competitiveness throughout.

The saying that a game of bowls is never over until the last bowl has come to rest was never so true, as all three of the games played on the Saturday featured comebacks.

The ladies event was contested between Jacqui Ashley & Mary Wheildon and the mother and daughter pairing of Ellie & Chris Hurst.

Ashley and Wheildon took a 9-0 lead after five ends, though the latter duo pulled the score back to 9-9 after 11 ends.

Then, on the 12th end, with a bowl from each side touching the jack a drawn end was declared, meaning it remained all square with six ends left to play.

Jacqui and Mary pulled away again and at one stage were four shots ahead after 15 ends – only for Ellie & Chris to hit back with a three to bring the match back into contention.

But with each pair scoring one on the last two ends, Ashley and Wheildon took the title by a single shot.

Celia Bellamy and Peter Lamb, and the pairing of Diane Harvey and Peter Boardman contested the mixed pairs final – with the former racing into a 20-1 lead at the halfway stage.

While a complete contrast in the scoring meant Diane and Peter won the second half by a 17-1 scoreline, it was still not enough to overturn the tide as Celia and Peter reigned supreme by a four-shot margin.

In the men’s Four Woods final, reigning champion David Hurst and John Labrum rolled back the years with some fantastic bowling.

Hurst showed his class to open with three and a single, but Labrum was not to be deterred and impressed with a couple of twos to keep within touching distance at 6-4 after six ends played.

The 2019 champion managed to give himself some breathing space when pulling away to lead 15-6 after 13 ends, though his rival managed to find some inspiration to take the 14th end, followed by ten over the next five ends to go 17-15 in front.

With the scoreline changing hands twice in succession, Labrum found himself 20-19 in front going into the final end.

But Hurst was not to be denied, scoring a three on the 25th end to win 22-20 and deny Labrum a seventh title.

Two more finals on Sunday posed a tantalising prospect for all that were gathered for more enthralling bowling.

The first final of the day, the ladies Two Woods event, pitted Ashley and Bellamy against each other in what was a tightly-fought contest.

But comebacks were clearly the order of the weekend, and with one end remaining they pulled level in dramatic circumstances.

Setting up a shoot-out for the title, Miller and Hurst kept their cool to win 18-17 and dethrone the holders.

Later in the week, Hurst and Wheildon went head-to-head in the ladies Four Woods showpiece, with the latter shooting her way to a storming 21-7 victory after 18 ends.