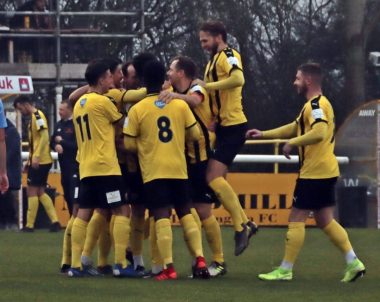 SPIRITS are high at Leamington ahead of tonight’s home clash with Brackley Town, following an unbeaten November for the club.

The Brakes tore up the form book last month, on the back of a tumultuous October to start the season, going without defeat for six matches – taking three wins and three draws during that period.

While Leamington’s 4-3 win over Alfreton Town and the 1-1 draw with AFC Fylde both saw dramatic late Brakes goals hit the net, there was no such need in Saturday’s latest victory, a 2-1 home win against York City.

Early goals from Junior English and Sam Osborne dealt the travelling Ministermen a first defeat in National League North this term, in spite of Olly Dyson’s stunning reply – with all goals falling within the opening 12 minutes of the first half. 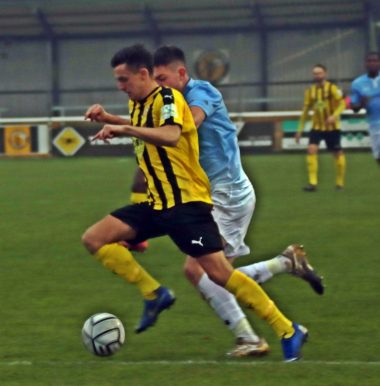 Earning a first-ever win against York, the Brakes now set their sights on continuing their recent success against a Brackley Town side that ran League Two Tranmere Rovers close in an eventual 1-0 defeat in the second round of the FA Cup last weekend.

As far as the Saints’ league fortunes have been concerned this term however, they have just a solitary win to their name after seven attempts and reside ten places below Leamington in 18th.

But with recent history going the way of Tuesday night’s hosts, Leamington seeing off Brackley 2-0 through Jack Lane and Jordan Murphy goals last time out at the Community Stadium – an encounter which proved to be Paul Holleran’s 500th game in charge – the Brakes will be confident of registering a fourth success this term to their name.

A blistering start to Saturday’s victory over York saw defender English rewarded for his endeavour to venture forward for an early attack, planting a low shot past Pete Jameson into the bottom corner of the net with three minutes gone. 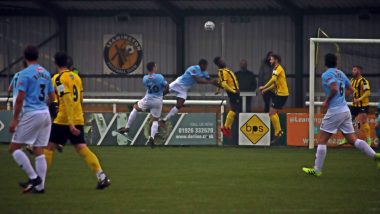 Three minutes later, the Brakes’ jubilation increased tenfold when Osborne gave the hosts an early cushion, the midfielder receiving the ball from his goalscoring teammate before powering through the defence and blasting into the far corner of the net.

It could have been three for Leamington had Lance Smith’s run been matched with a connection with the ball, a right wing cross narrowly evading the outstretched striker.

City brought themselves back into contention when Dyson turned goalwards and let fly a devastating strike that rendered Jake Weaver powerless from 25 yards out. 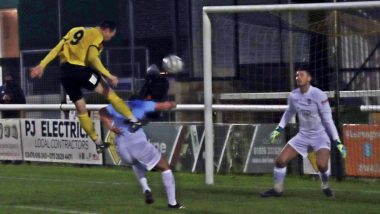 Chances continued to come with great frequency for both sides, Harry Bunn’s effort parried by Weaver into the path of Jake Cassidy – who was only denied an equaliser by a stunning Kyle Morrison block.

Dyson went close to picking out the back of the net once more with a shot fired through the legs of Lane, but narrowly wide of the target, as York turned up the heat.

Leamington’s custodian came to the rescue to deny substitute Jack Redshaw at his near post when keeping out a strike hit with real ferocity.

Simeon Maye almost wrapped up proceedings with an instinctive back-heeled effort towards goal from Smith’s centre, enough to claim another well-earned hard points in spite of late York pressure.