I’m A Celebrity… Get Me Out of Here! Meet this year’s campmates

As I’m A Celeb moves from Down Under to a Welsh castle for the new series, we take a look at the all-star line-up. 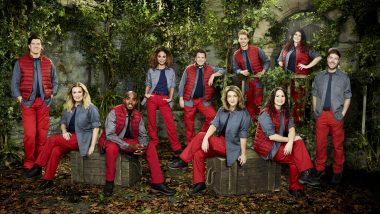 Wintery weather, no need for suncream, and no possibility of spotting a koala or a kangaroo (as far as we know…). It’s fair to say things are going to look very different on I’m A Celebrity… Get Me Out of Here! this series.

Thanks to the Covid-19 pandemic, the ITV reality show – now in its 20th series – is being filmed at the ruined Gwrych Castle, which overlooks the coastal town of Abergele in North Wales, instead of the Australian bush.

But that doesn’t mean the competition will be any less entertaining.

The nation’s favourite presenting duo, Ant McPartlin and Declan Donnelly, are back as hosts and there will still be plenty of gruelling (and some fun) challenges.

Plus, it’s a seriously exciting set of celebs taking part.

Here’s what viewers can expect from the 10 contestants vying to be crowned King or Queen of the castle. 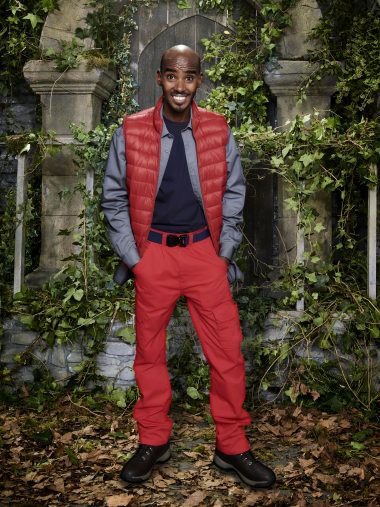 HOW WILL THEY HANDLE LIFE IN THE CAMP? Long-distance runner Sir Mo, who was born in Somalia, is looking forward to surprising people who only know him for his athletic abilities.

The 37-year-old is certainly used to a challenge and doesn’t seem too fazed by the pressure to do well in trials.

“I know the eating trials involve yucky stuff, but you just have to hold your nose and crack on.”

ANY PHOBIAS? “I am fearful of everything that moves – all animals.” 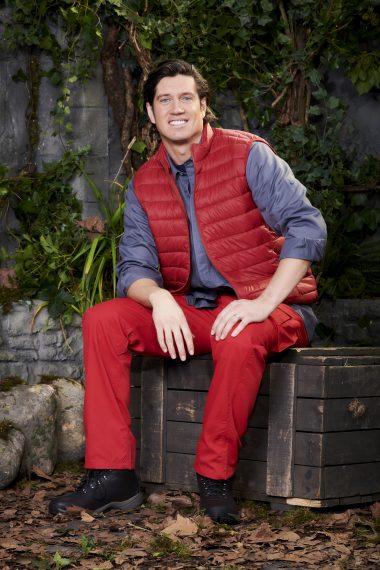 WHAT ARE THEY FAMOUS FOR? Bolton-born Kay has fronted various TV shows, including All Star Family Fortunes.

HOW WILL THEY HANDLE LIFE IN THE CAMP? Expect tears. The 46-year-old, who says he’s doing the show for his two daughters, is a self-proclaimed big softie.

“One hundred per cent I will cry,” says the star, who’s married to Strictly Come Dancing host Tess Daly.

“My favourite movie is Forrest Gump. I have seen it at least 100 times and I cry every time I watch it.”

ANY PHOBIAS? 6ft 4in Kay is scared of confined spaces – being claustrophobic in water is a big fear. 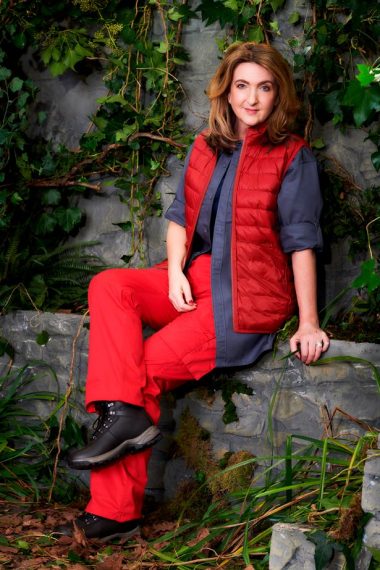 WHAT ARE THEY FAMOUS FOR? The 52-year-old, who hails from Bury, is an award-winning journalist and broadcaster.

HOW WILL THEY HANDLE LIFE IN THE CAMP? Determined to take on new challenges after beating breast cancer, outgoing Derbyshire thinks her maternal side will come out during filming.

But she also won’t hold back if something needs to be said to her fellow campmates.

“I am quite good at saying uncomfortable things that need to be said in an all right way,” she notes. “This will be the ultimate test.”

ANY PHOBIAS? The mum-of-two is not a fan of spiders or confined spaces. 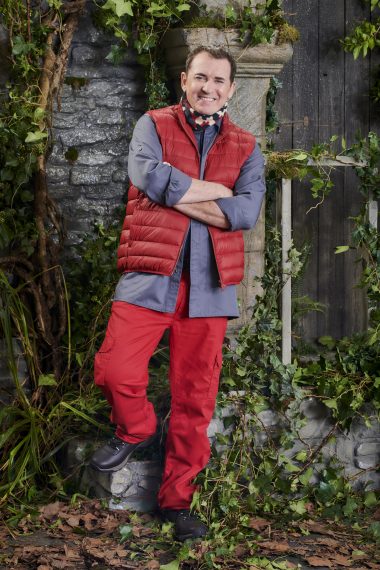 WHAT ARE THEY FAMOUS FOR? Londoner Richie is probably best known for his role in BBC soap EastEnders.

HOW WILL THEY HANDLE LIFE IN THE CAMP? The actor sees himself as the type of person who will muck in with anything.

“When I first got asked to be in EastEnders in 2002 to play Alfie, I didn’t know what was going to happen,” recalls the father-of-five, 56.

“There is something about adrenaline and fear, and that’s what I’m looking forward to when I take part in this show.”

ANY PHOBIAS? “Human faeces. If I see one, it is over. I am hoping the camp toilet will be enclosed.” 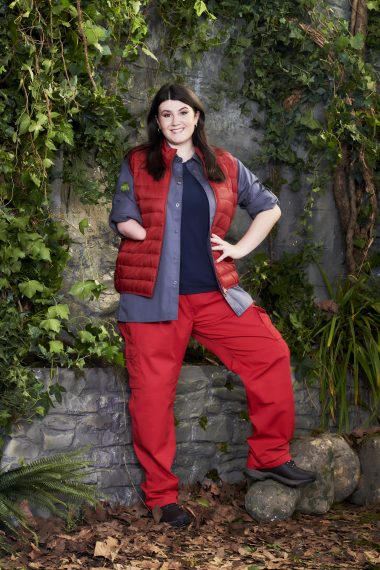 WHAT ARE THEY FAMOUS FOR? The Lincolnshire-born Paralympian, 26, took home a gold medal in the javelin in Rio for Team GB.

HOW WILL THEY HANDLE LIFE IN THE CAMP? Determined Arnold predicts she will be the peacemaker of the group.

She explains she also doesn’t want her time on the show to be about her disability.

“Yes, I have a missing arm and I am in the Paralympics but I want to show people nothing stops me and it shouldn’t stop anyone else either.”

“I hope by going on the programme, it inspires people.” 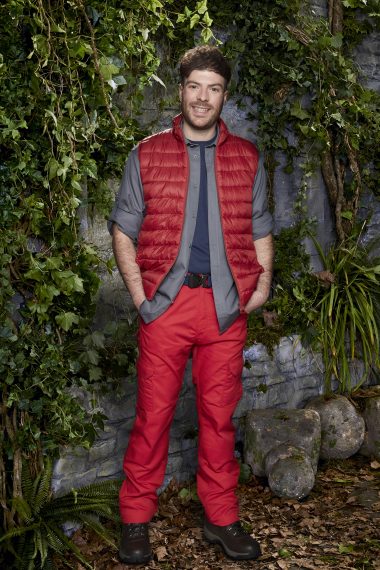 WHAT ARE THEY FAMOUS FOR? York native North is a Radio 1 DJ.

HOW WILL THEY HANDLE LIFE IN THE CAMP? The 30-year-old, who is known for his bubbly and energetic presenting skills, thinks his listeners will see another side to him, as “everyone has down moments”.

We can also expect him to be “the chief cleaner”, as “a tidy camp is a happy camp”.

ANY PHOBIAS? Erm, yes. “It’s just easier to say what I’m not scared of,” quips North. “I have so many phobias.” 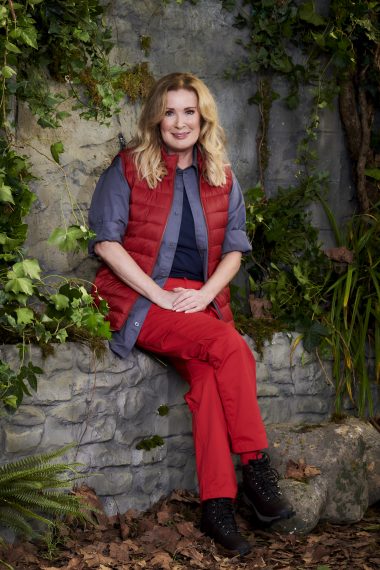 WHAT ARE THEY FAMOUS FOR? Playing Coronation Street icon Liz McDonald.

HOW WILL THEY HANDLE LIFE IN THE CAMP? Viewers will discover the 63-year-old soap star, who was born in West Yorkshire, is actually worlds away from her glamorous on-screen character, says Callard.

After months of being at home, because of lockdown and a hip operation, she’s excited about meeting new people – and sitting around the camp chatting with them.

“The only thing that worries me is the toilet side of things and personal hygiene.”

ANY PHOBIAS? Ghosts and insects. 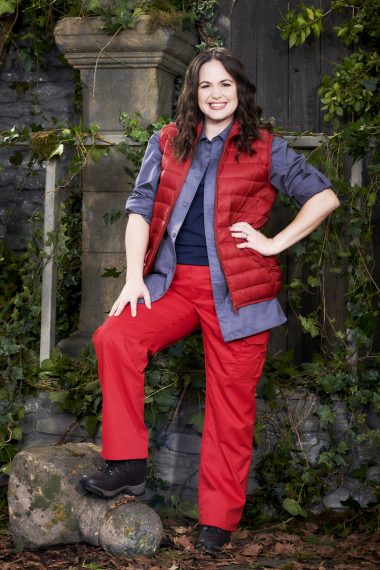 WHAT ARE THEY FAMOUS FOR? The 35-year-old is a podcaster and author.

HOW WILL THEY HANDLE LIFE IN THE CAMP? This will be the longest time that Essex-born Fletcher, who is married to Tom Fletcher from McFly, will have ever been apart from her three young sons. But she can’t wait to make them proud.

“Years ago, we started doing a runner bean challenge which is based on I’m A Celebrity,” she reveals.

“It’s where we pretend we are doing an eating trial but actually we are eating our vegetables really fast.” 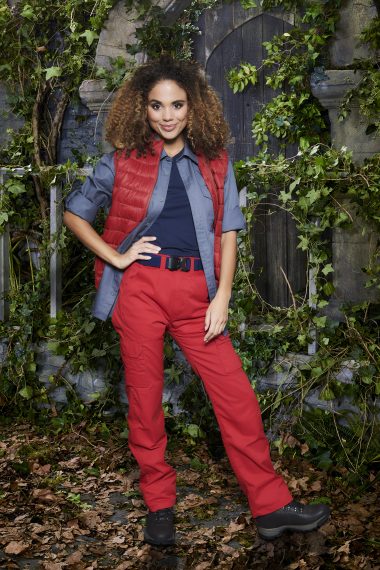 WHAT ARE THEY FAMOUS FOR? Starring in EastEnders; her character, Chantelle Atkins, was killed off earlier this year.

HOW WILL THEY HANDLE LIFE IN THE CAMP? Chatterbox Plummer, who says she is going to miss her four-year-old daughter “more than anything”, confides that everyone that she has told she is doing the show thinks she is “mental”.

“My family are all like, ‘Jess, seriously, you are such a scaredy-cat and you are so precious about your luxuries, what are you signing up for?’”

ANY PHOBIAS? It sounds as though she has just about every phobia going – including arachnophobia and a fear of heights. Eeek! 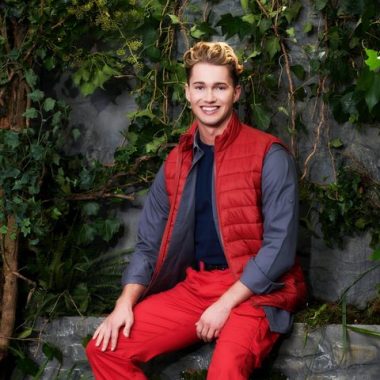 WHAT ARE THEY FAMOUS FOR? Ballroom dancer Pritchard, 26, was a professional on Strictly Come Dancing.

HOW WILL THEY HANDLE LIFE IN THE CAMP? The star, who is from Stoke-on-Trent, calls himself “unbelievably competitive”.

“I will be trying to come back with all the stars every single time and if I don’t, I think I will be disappointed.”

ANY PHOBIAS? “Being trapped in a confined space will get to me for sure,” he admits. “And heights are not my friend too much either.”

The new series of I’m A Celebrity… Get Me Out Of Here! starts on Sunday, November 15.

10 tips for how to effectively homeschool

How do Brits feel about the new national lockdown?

Clap for Carers set to return as ‘Clap for Heroes’