Stevenson and Kellett return to GT Cup with Century Motorsport

AFTER competing in the final four rounds of GT Cup with Century Motorsport in 2020, Alex Stevenson and James Kellett are making a return to finish off what they had started with the Fenny Compton-based team.

The duo will be racing in the Ginetta G55, which brought them much success last year and this time they will compete with Century Motorsport for the full season.

This was an incredible result considering this was based on just four rounds. It showed that, with the expertise and support from a multi-championship-winning team, twinned with the talent and coaching from Kellett, a rookie driver such as Stevenson can achieve great success in their debut year of racing. 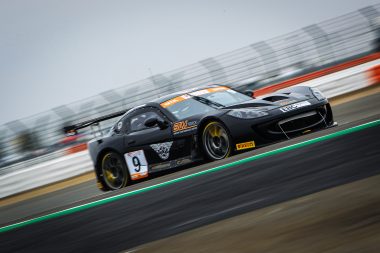 The opening round of GT Cup is scheduled to take place on April 10/11 at Donington Park where Kellett claimed both of the GTA Class fastest laps [in both of the endurance races] at the Leicestershire circuit last September.

The team still have a select few seats available for the 2021 season, including a seat in a BMW M4 GT4 in the British GT Championship. Contact team owner Nathan Freke for more details on 01295770115 or email nathan@century-motorsport.com.

Freke said: “I’m really pleased to be continuing with Alex and James this year. We had great fun last year and Alex was just improving all the time, so it’s great for him to be able to stay in a stable environment where he will just get better and better.

“James is always a pleasure to work with, super-fast and we know that we are in with a shot of a trophy whenever he is in a car with us!”

Stevenson added: “I’m delighted to be able to race again with Century in this season’s GT Cup Championship. The team is very professional and created a great environment for me to be able to develop as a driver.

“We finished strongly last season and I’m hoping to be able to pick up where we left off when we get back on track!”

Kellett said: “Great news for me and Alex returning to the GT Cup grid for 2021. We had a mega debut season in 2020 – picking up multiple wins, podiums and finishing third in class in the championship.

“With 2021 being a complete season, we will be pushing hard for the class win.”