Victory for the Fenny Compton-based team was achieved by a perfect team strategy along with a faultless drive from both Andrew Gordon-Colebrooke and Rob Wheldon. 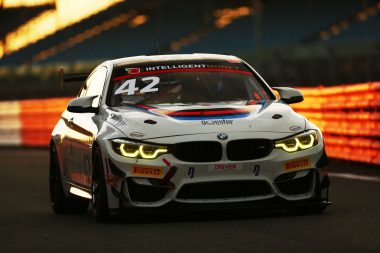 Early on in the race, a safety car period resulted in several teams – including the #43 Century Motorsport BMW M4 GT4 of Ben Hurst and Adam Hatfield – taking an early pit stop for the first of three mandatory driver changes.

Car #42 waited long enough for the field to condense before taking its stop after the team had calculated they could get in and out before the safety car came back around.

The risky but strategic move paid off and, despite Century realising they had gained a massive advantage over the competitors, it seemed to go unnoticed by the commentators and TV crew.

It was not until the final moments of the three-hour blue riband event – once all teams had completed all their mandatory pit stops – that it suddenly unravelled and became obvious as to who would be standing on the top step of the GT4 podium at the season finale.

After starting near the back of the grid in P9, the #42 Pro-Am pairing flew under the radar for the entire race, with only Century Motorsport themselves knowing the advantage they had gained through their smart strategy early on.

Gordon-Colebrooke and Wheldon drove faultlessly throughout the race and went on to claim their maiden British GT win, which was also a first for the team in the 2020 British GT Championship.

The #43 car of Hurst and Hatfield started off the race very well, with Hurst gaining two places on the opening lap.

It was not long before the safety car was deployed and Hatfield then went out for his first stint. 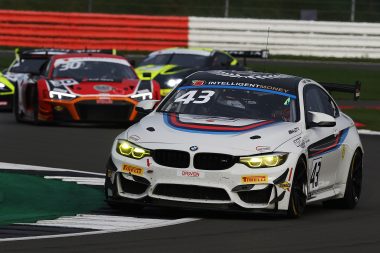 Hatfield put in some great laps, running in second place at one point. Unfortunately the car lost 45 seconds after having to do a power cycle and that dropped them down the order a couple of places.

They went on to cross the line in seventh overall and sixth in Silver Class.

Century Motorsport are excited for the 2021 British GT Championship, in which they will be fighting to reclaim their GT4 Championship title won in 2018.