OLYMPIC hero Nick Skelton OBE took time out of his busy schedule this week to inspire the next generation.

Skelton shocked the equestrian world earlier this year when he and Big Star romped to victory in the Individual Showjumping event in Rio De Janeiro, earning his first individual gold medal.

The 58-year-old became the oldest person to win gold for Team GB at the Olympics in more than a century, and to pass on some expert tips his visited pupils at St Mary’s Catholic Primary School in Henley-in-Arden.

Skelton gave an inspirational talk to the youngsters before taking part in a Q&A session – which prompted questions including ‘How many horses do you have?’ and ‘Do you hold any records?’.

Born in Bedworth, Skelton also touched on his near career-ending injury in 2000 when a fall forced him to retire after breaking his neck.

Incredibly, the talented horseman came out of retirement just years after – and his latest success has earned him a place as a finalist at the prestigious Sports Personality of the Year awards, which takes place at the Genting Arena in Birmingham on Sunday (December 18).

One youngster listening to Nick deliver his speech said: “Wow, it was amazing.

“I have never seen a gold medal before, I can’t believe how heavy they are.” 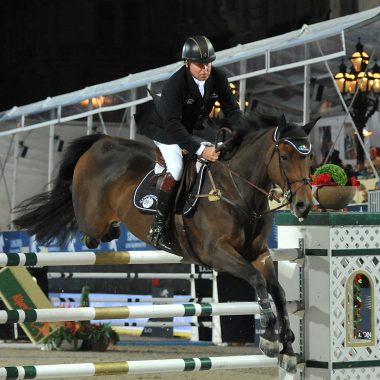