UK will host Eurovision Song Contest 2023 on behalf of Ukraine

The United Kingdom will host the Eurovision Song Contest in 2023 on behalf of Ukraine, it has been announced.

Organisers the European Broadcasting Union (EBU) previously decided the event could not be held in the war-torn country following the Russian invasion.

This was despite Ukrainian entry Kalush Orchestra triumphing at this year’s competition in Turin, Italy, with the UK’s Sam Ryder coming runner-up. 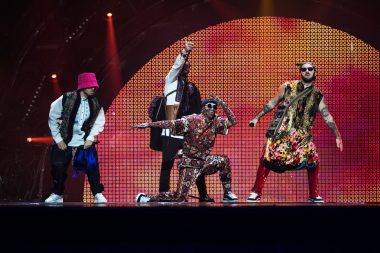 Ukraine will automatically qualify for the grand final alongside the so-called big five nations – the UK, France, Germany, Italy and Spain, who each get a free pass because of their financial contributions to the event.

It will be the ninth time Eurovision has taken place in the UK – more than any other country.

The bidding process to select the host city will begin this week and will be jointly managed by the BBC and EBU.

Cities including Glasgow, Birmingham and Manchester have already expressed an interest in hosting the contest, which will require a large events space, suitable accommodation and international transport links for the competing countries and their delegations.

“We’re exceptionally grateful that the BBC has accepted to stage the Eurovision Song Contest in the UK in 2023.

“The BBC has taken on hosting duties for other winning countries on four previous occasions.

“Continuing in this tradition of solidarity, we know that next year’s contest will showcase the creativity and skill of one of Europe’s most experienced public broadcasters whilst ensuring this year’s winners, Ukraine, are celebrated and represented throughout the event.”

The EBU’s decision in June to rule out Ukraine as the 2023 host prompted its culture minister Oleksandr Tkachenko to issue a statement “demanding to change the decision”.

Ukrainian state broadcaster UA:PBC also expressed its “disappointment” at the time and called on all parties to “hold further negotiations”.

Mykola Chernotytskyi, head of the managing board of UA:PBC, said next year’s contest “will not be in Ukraine but in support of Ukraine”.

“We are grateful to our BBC partners for showing solidarity with us.

“I am confident that together we will be able to add Ukrainian spirit to this event and once again unite the whole of Europe around our common values of peace, support, celebrating diversity and talent.”

Prime Minister Boris Johnson said the UK would “put on a fantastic contest on behalf of our Ukrainian friends”.

He said that in talks with Ukrainian President Volodymyr Zelensky last week they “agreed that wherever Eurovision 2023 is held, it must celebrate the country and people of Ukraine”.

“As we are now hosts, the UK will honour that pledge directly – and put on a fantastic contest on behalf of our Ukrainian friends,” Mr Johnson said.

“The Eurovision Song Contest unites people through the power of music and creativity.

“Following a request from the European Broadcasting Union and the Ukrainian authorities, I’m delighted that the BBC has agreed to step in and host next year’s contest.

“I’m just sorry that, due to Russia’s continued acts of bloodshed, it has not been possible to host the event in Ukraine, where it should be.

“As hosts, the UK will honour the competition’s spirit and diversity, and, most importantly, ensure it reflects Ukraine’s recent Eurovision victory and Ukrainian creativity.”

“It is a matter of great regret that our colleagues and friends in Ukraine are not able to host the 2023 Eurovision Song Contest.

“Being asked to host the largest and most complex music competition in the world is a great privilege.

“The BBC is committed to making the event a true reflection of Ukrainian culture alongside showcasing the diversity of British music and creativity.”