Britain has enjoyed a solid night at the 2021 Oscars, with a total of six wins, the same number as last year. 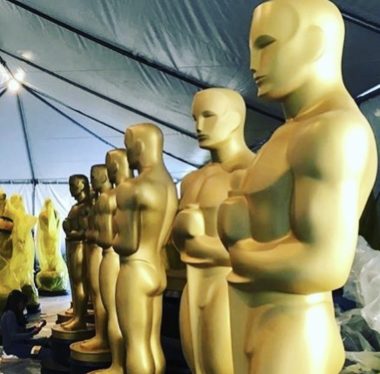 The most high-profile winner was Sir Anthony Hopkins, who was named best actor for his role in The Father, in which he plays an ageing man struggling with memory loss.

It is Sir Anthony’s second Oscar, coming 29 years after he won best actor in 1992 for The Silence Of The Lambs.

This is the longest gap between wins by any actor in this category in the history of the Oscars.

The Welshman, 83, also becomes the oldest person to win an Academy Award for acting.

Daniel Kaluuya was named best supporting actor for his portrayal of Black Panther party leader Fred Hampton in the the film Judas & the Black Messiah.

Kaluuya is the first British actor from an ethnic minority background to win the award.

The writer, actor and director Emerald Fennell had been nominated in two categories for her film Promising Young Woman.

While she missed out on best director, she won best original screenplay, the first British woman to win in this category since it was established in its current form in 1958.

Sir Christopher Hampton was joint winner of best adapted screenplay for The Father, which he co-wrote with the film’s French director Florian Zeller.

British visual effects supervisor Andrew Lockley was part of the team who picked up won the award for best visual effects, for the film Tenet.

Completing the half-dozen British wins was composer Atticus Ross, who collected the award for best original score for the film Soul, along with Trent Reznor and Jon Batiste.

The most number of British wins at the Oscars since 2000 is nine, in 2009, the year of Slumdog Millionaire.

Here is the full list of winners at the 93rd Oscars:

Best original song: Fight For You (Judas And The Black Messiah)

Best international feature: Another Round (Denmark)

Best animated short: If Anything Happens I Love You

Gardening Time: Here’s how to help the bees all year round

Motoring: Ford’s KUGA is a loyal servant that aims to please its driver

Wellbeing: How to connect with nature to improve mental health

Bookcase: Reviews include The Anthill by Julianne Pachico and Everybody by Olivia Laing