Get your children starry eyed about space

IT’S over half a century since Apollo 11 landed on the moon, ancient history to today’s youngsters. But as Laura Steele of education resource experts PlanBee shows, the historic mission can’t fail to enthrall them.

In 1962, President Kennedy told Americans: ‘We choose to go to the Moon”.

The US and the Soviet Union had been competing in the ‘space race’ since the 1950s. For the next seven years, the US space agency, NASA, employed 400,000 people and spent $25 billion (£20 billion) on working to achieve a mission to the moon. On 16 July, 1969, after years of planning and preparation, the Apollo 11 mission was ready to begin.

Neil Armstrong and two other astronauts, “Buzz” Aldrin and Michael Collins, woke up to a beautiful sunny day at Cape Kennedy in Florida. They had a breakfast of steak, scrambled eggs, toast, coffee and orange juice before travelling to the launchpad. 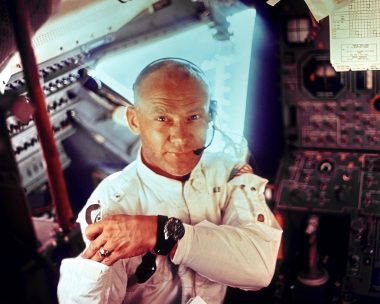 They climbed into the spacecraft at 6:45am, and after numerous checks, launched just under three hours later, at 9:32 am. They entered an elliptical Earth orbit just 12 minutes later.

The rest of the day went smoothly. They went to bed two hours earlier than planned, at 8:52pm. The spacecraft continued its programmed journey to the Sea of Tranquillity, their destination on the Moon. (The Sea of Tranquillity is not actually a sea – there is no water on the Moon’s surface. Early astronomers mistook the dark patches for large areas of water.)

Apollo 11 travelled around 240,000 miles in 76 hours before it entered a lunar orbit on 19 July. Armstrong and Aldrin prepared to travel to the surface of the Moon in the lunar module, Eagle while Collins remained behind in the command module, circling the Moon.

They landed on the Moon on 20 July at 8:18pm. A five-hour rest period had been scheduled after the landing, but neither astronaut thought that they would be able to sleep, so they began preparations for leaving Eagle. After six hours, Armstrong finally left the lunar module and stepped on to the Moon’s surface, making history as the first human being to walk on the Moon. As he stepped from Eagle, he uttered the following now famous words: ‘That’s one small step for man, one giant leap for mankind.’

Aldrin joined Armstrong on the surface some 20 minutes later.

They took photos of the Moon’s surface, as well as collecting soil and rock samples to take back to Earth. The astronauts planted a specially designed American flag on the surface of the Moon. A plaque was placed on the surface which said: ‘Here men from the planet Earth first set foot upon the Moon, July 1969 A.D. We came in peace for mankind.’ It also had two drawings of Earth, and included the signatures of the three astronauts and America’s President Nixon.

After being on the surface of the Moon for over 22 hours, the astronauts returned to Eagle for seven hours rest, before re-joining Collins on board the command module. They re-entered the Earth’s atmosphere on 24 July, and deployed the command module’s parachute, landing safely in the Pacific Ocean. From launch to the splash down in the ocean, the Apollo 11 mission to the Moon lasted exactly eight days, three hours, 18 minutes and 35 seconds.

10 Fascinating Facts about the Moon Landing 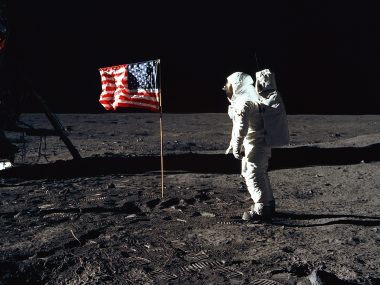 Bookcase: Reviews include The Paper Palace by Miranda Cowley Heller and The Comfort Book by Matt Haig

HOW TO SLEEP IN THE HEAT: Readers’ coolest tips