Bookcase: Reviews of Who Is Maud Dixon? by Alexandra Andrews and Nature Trail by Benjamin Zephaniah

THIS week’s bookcase includes reviews of Who Is Maud Dixon? by Alexandra Andrews and Nature Trail by Benjamin Zephaniah.

1. Who Is Maud Dixon? by Alexandra Andrews is published in hardback by Tinder Press, priced £18.99 (ebook £8.99). Available now

Book Cover Handout of Who Is Maud Dixon? by Alexandra Andrews. Picture: Headline/PA.

An absolutely storming debut by Alexandra Andrews, Who Is Maud Dixon? is razor-sharp and supremely unputdownable.

Exploring the duality of female relationships, this psychological thriller shows a different side to the cut-throat world of publishing.

Neurotic and self-destructive Florence becomes assistant to mysterious and anonymous bestselling novelist Maud Dixon, but behind the veiled secrecy lies a much darker truth.

Florence is as desperate to escape the shroud of anonymity as Maud is to exploit it – and this leads to violent clashes.

The storyline lurches between whoever has the upper hand, with Andrews’ cleverly warped psychology leaving you guessing until the end.

You won’t be able to predict the outcome of King Of Rabbits. Told through the eyes of Kai, a mixed-race kid who grows up on a rural council estate in Somerset where he and his three older sisters have three different dads, he searches for solace in nature and the wild rabbits he finds there.

The King Of Rabbits by Karla Neblett. Picture: William Heinemann/PA.

But with his on and off again parents falling deeper into crack addiction, it seems his optimism and energy for life might not be enough to escape the limitations of poverty. It’s a powerful and tragic read, making a profound statement about how important access to opportunities can be, and how much of an impact your childhood and background can have on your future.

As the novel flips between the protagonist as a young boy and as a teenager, you are able to map the significant moments that fundamentally alter his course.

It’s a brilliantly crafted story about class and race, and the failure of society to catch children who fall through the cracks.

Hot Stew is the second novel by Fiona Mozley, whose 2017 debut was the Booker-shortlisted Elmet.

In both she examines life at the fringes of society, although Elmet’s rural Yorkshire has been replaced by the aging streets of Soho in Hot Stew.

The story centres on the proposed redevelopment of a building that, amongst other things, houses a brothel.

It’s not just a threat to the sex workers’ home and livelihoods, but also to the area itself and anyone ill-suited to the modern world.

Hot Stew shows gentrification is more than a lick of paint, and the assorted characters loosely connected with the building are engaging, if sometimes briefly drawn.

They each express discontentment with modern life; and if they are to overcome their individual woes it is by re-engaging with one another.

This communal spirit is the novel’s enduring impression, even if the individual portraits leave the reader wanting more.

Children’s book of the week

Poet Benjamin Zephaniah’s latest book taps into the feelings many of us have had during the lockdowns of the past year. 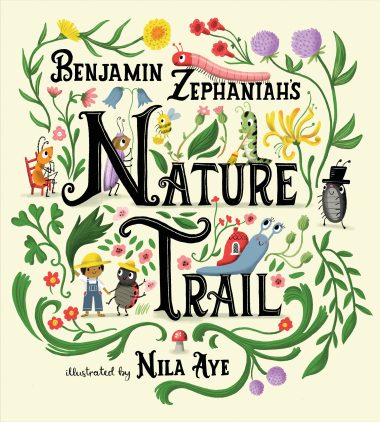 We’ve found new joy in nature – and anyone trapped in a flat or self-isolating without access to the outdoors will fully understand the heartfelt cry at the end of the book: that we all deserve a garden of our own.

This beautifully illustrated picture book is a joy to read with small children, with lots of charming creatures like beetles in feather boas and hedgehogs playing cards, and the poetry makes it a delight to read out loud.

It encourages you to look at nature, and notice everything from the snails searching for food to the caterpillars waiting to turn into butterflies.

The illustrations make it very inclusive, so children will be able to see themselves reflected in the pages.

1. Klara And The Sun by Kazuo Ishiguro

4. The Lamplighters by Emma Stonex

6. The Last House On Needless Street by Catriona Ward

8. The Best Things by Mel Giedroyc

10. Not Dark Yet by Peter Robinson

1. Together by Luke Adam Hawker

2. Chefs At Home by Hospitality Action

4. The Hill We Climb by Amanda Gorman

6. The Boy, The Mole, The Fox And The Horse by Charlie Mackesy

8. Many Different Kinds Of Love by Michael Rosen

Motoring: BMW M3 is still one of the best performance cars you can buy

Bookcase: Reviews of Who Is Maud Dixon? by Alexandra Andrews and Nature Trail by Benjamin Zephaniah